You have to transport a nuclear bomb from the city to a top secret military base, but take care for the robbers who wants to steal it from you...

Use the green arrow to find the key card to open the gate.And remberer to watch out for care packages that gives you a random upgrade;

I really like the concept! Although I have a few annoyances. Better turning would be nice and for some reason the enemy cars could drive though walls?!?!? But overall it is a very good game.

p.s. I really liked the explosions.

Thank you for the feedback.The cars going through the walls was a bug,but we just didn't have enough time to fix it :-(.

This is a really great game which I think is pretty enjoyable. I do have my gripes though, and some things that I have to say to improve would be:

-smooth turning to make going round corners more satisfying (Quaternion.Lerp would be good at this)

-more sfx for skidding and driving

-a more clear path of your objective. (i know there was that green arrow thing but it was quite inaccurate and it only helped you get to the card. i got stuck in the suburban area for quite a while)

-more variation in the rocks (the rocks in the desert really stuck out for me because they had the exact same size and rotation, a bit of a nitpick but it couldv'e been solved in 5 minutes nonetheless.)

but other than that its very solid and fun to play. I would rate it a 6.5/10.(and a 8/10 if you updated the game with the things i mentioned. Don't take my criticism too personally though as mine is also pretty crap because I ran out of time to polish it.If there's one thing I learned in this gamejam you should ALWAYS leave one day to polish the game, don't just leave it last to the last 30 minutes.

Yeah we know but the 2 of us really wanted to do a web build (submitted that build 1 min before deadline) so was a bit rushed. Will update the game as soon as the jam ends,and we will definitely implement some of your suggestions too. Thank you very much for the feedback.

This was a lot of fun and I could have played it for a lot longer!

Thanks, do you thing there is anything we could improve.

First of all, I am so upset that, when you lose, you don't make a nuclear explosion :(
I like the city art and the gameplay concept. I think the car handling could be sharper.

Thanks for the feedback 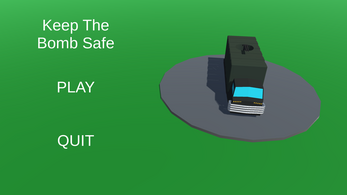 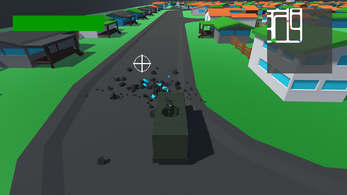